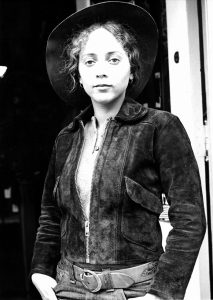 It’s a long story, starting with my growing up in Manhattan, living in Mexico for a year, then returning to New York. That is when I met Henry Carr’s first wife, Betty.  I was working for NASA in Manhattan.  She was the receptionist.  I did abstracts for the NASA library.  Betty and I became roommates eventually.  She was from Texas and had gone to school in Austin.  We had many people from Austin visit us at our East Village apartment, including Janis Joplin.  Eventually Betty and I ‘Turned on, Tuned in and Dropped out.’  After a stint on unemployment and a summer of acid, Betty decided to move back to Austin and I went to Puerto Vallarta.  I stopped in Austin on my way. I thought it was a pretty cool town, so driving back after 6 months in Mexico I decided to move there, too.  At that time in Austin, there were about 100 hippies and about 20 of us lived in some old houses, we called Hippie Hill. Betty and Henry were neighbors.

Shortly after, I met Don Taylor who was a sound engineer and did the sound for a rock band called the Conqueroo.  About that time, friends opened a club called the Vulcan Gas Company which became a great venue for the local bands like the Conqueroo and Shiva’s Head Band. We kept hearing about Janis Joplin and Chet Helms out in San Francisco and decided the band should head to San Francisco for the Summer of Love.  Anyone who’s ever lived in Texas knows how hot the summers are there, so San Francisco was the perfect destination. It was now, 1966.  Sometimes I did light shows at the Avalon.  I went back and forth from Austin to San Francisco until 1969 when I moved there.  By this time Henry and Betty had divorced and I lost track of them and I became pregnant and lived in a commune.  Wish I could remember the name of the street.  I believe it was in Bernal heights.  After I gave birth to a daughter.  My boyfriend Don and I were not getting along.  So when my daughter was about 3 months old, I cashed my welfare check and bought a one way ticket to the Big Island of Hawaii.  I lived in Hilo and Pahoa for about 3 months.  It rained a lot and I didn’t know how to drive. A lot of New York girls don’t drive.  It was hard hitchhiking with a baby.  The locals weren’t very friendly either so I decided to fly to New York and visit my parents.  That lasted about six weeks and then it was back to San Francisco.

I tried moving back in with the boyfriend.  He had his own place on Brady St.  He said he was working at the Rip Off Press.  One day I went to see him at work and he was not working but drunk and stoned and hitting up on some chick about 18 years old.  About two weeks before this event, I had met Norman at that aforementioned party at the Rip Off Press.  We had exchanged  phone numbers and he had asked me if I could sew.  He said he’d bring me a pattern; his pick up line. He came by with the pattern but then asked me if I’d like to go with him to Mt. Tamalpais.  I said maybe; I  was still with the boyfriend. But after the ‘event’ I moved out of Brady St. and moved in with my friend Helen and her boyfriend in a one room apartment.  I told her about meeting Norman, and since she wasn’t that keen on my living with my baby in her one room apartment, she encouraged me to call him.  She babysat for me while Norman and I went on a date to Mt. Tam. He showed up on his motorcycle dressed in a beautiful leather jacket and skin tight leather pants.  We talked about Hawaii.  He told me he wanted to move back to Maui eventually.  I told him my situation, that I had nowhere to live and he said you can stay with me while we see how well we get along.  So that’s was the beginning of the next 11 years of my life.

Norman, at that time, had the factory on Folsom.  That was about August 1970.  I don’t remember the first time I went the factory, but when I did, I was a little shy, I had no idea it was such a big operation.  I knew Ellen Carr, but there were all these other people  who were checking me out, the boss’s wife.  I was so impressed by the factory.  People bought their pets to work, smoked pot and seemed to be having a great time all the while making the most beautiful jackets and pants.  Norman showed me the whole process of making the garments: cutting, gluing, clicking and sewing.  There was also the Hard Leather department run by David Warren.

My job was staying home taking care of the baby, Rachel, baking bread and making mostly vegetarian meals.  Norman would come home for lunch and dinner and he would do some designing. For a time, Norman’s son Dja (now John Andrew) came and lived with us.  I think it was about that time that Norman started making jeans and shirts out of denim and cloth.  He was, and still is, such a creative genius.  At that time, Norman also had 3 stores (I think).  One day we jumped in the VW van and drove down Hwy 1 to Santa Barbara to meet Tony Sugden who ran the East West store on States St.  Norman told me his plan of moving back to Maui and having Tony manage the factory.  That would not have been possible without the support of George Golub, Ellen Carr and others.

I took driving lessons in San Francisco so I’d be able to get around Maui. We lived in Noe Valley and I walked Rachel in her stroller around Castro St and watched it turn into a gay neighborhood.  We spent Christmas,1970, on Maui.  I met Norman’s parents.  He was looking for land and ended up with 124 acres in Hai’ku, Maui.  Six months later, a Matson container was parked on 7th and Folsom and we were packing it for our move to Maui.  It was quite a process.  The container held a car, enough material to build a shelter, and a couple of industrial sewing machines among other things. I think the car was hidden in the middle of the container.  I remember everything was wound tight with PVC pipe so you couldn’t see the car that was not supposed to be in there.

We moved to Maui in June of 1971. After staying with Norman’s parents for about a month, I got my first driver’s license and we moved into a tent on the land.  In about a month, we had a kitchen house with a loft in which we slept. We caught rain water, took cold showers and used an out house.  Norman would go back and forth to San Francisco often.  Tony lived in our old apartment.  Norman then built a two story, triangular, mostly glass and some eucalyptus wood structure that was hung on 3 eucalyptus trees.  There were two sets of stairs, one to first floor and another to the second floor.  The stairs had wheels so when the house was moving from the trade winds the wheels would move on cement pads.  Only Norman would think of building a house like this.  We slept upstairs and his office and design space was downstairs.

About 1972, I started doing the New York shows with Norman, Tony, Marcia and George.  Marcia and I would model.  It was a lot of fun and lots of sales, too. At one of those shows, Cher and Bob Scholl from the boutique California Earthquake talked us into going to London to check out the boutique Granny Takes a Trip.  This changed the style of East West to a more mod look.  Instead of Frye boots it was Platforms! This started a lot of traveling for Norman and I.  We bought an ocean front property in Costa Rica and made two trips around the world.

Meanwhile back on Maui, Norman built a design studio and had Skip Armstrong, Pam Cutts, the late Lucia Thurston and Elaine, who’s last name I don’t remember, working on pattern making and sewing.  This must have been after 1976, which is when I think we got electricity.  Maui Electric had to shoot the line across the gulch with a bow and arrow!  It must have been soon after that, that Norman began mass producing in Korea and buying leather for that in Japan.  This was also the time when he made the Papaya Jacket with David Warren’s paintings sewn in and appliqués, which was a best seller until one year no one wanted to buy leather jackets anymore.  What do you do when you owe a bank a bunch of money and your products are no longer selling and you have a bunch of land?  You teach yourself to become a developer.  So that was the end of East West and the beginning of the next phase of Norman’s life.  We have not been together since 1981 but are still friends and I still live in Maui. He is still a creative genius.