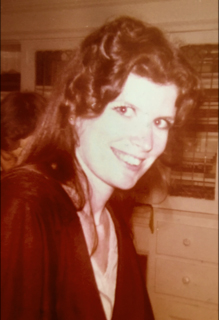 1969 was the year I moved to San Francisco. I wanted to be part of the San Francisco scene and somehow be involved in something creative with like-minded people. After a couple of terribly boring jobs I got enough courage to go into the Castro Street East West Leather shop and apply for a job. This was an environment I was craving to be part of.  I was sent upstairs to a small loft type office to interview with the owner (Norman) and his production manager. I was quite shy in those days and was intimidated by this tall thin man with really long hair and beard all dressed in leather.  After a few general questions he asked if I had ever sewn leather before. I said “no, but have experience sewing other materials”. He said that I should get some experience with leather and come back then. I was fiery mad and surprised myself by saying “how am I going to get that experience if you don’t train me. I’d be one of your best employees!” I didn’t get a job and I was mad!

I did get some training working for a wonderful Frenchman near Playland by the Beach who repaired police motorcycle jackets in his converted garage. That experience led me to work for a former East West employee Duane and his wife Nia at their company called Balboa Leathers.

I saw Norman on a street one day and he stopped me, having remembered me and asked what I was doing. I told him I was working for Balboa Leathers and he said I should come work for him now. I said ‘no thanks’ and went on my way. A year or so later I was working a temp job sewing costumes for the SF Ballet for the summer. My friend Annie who I was working with at the ballet asked me to go with her to a meeting. I went along and it turned out to be at East West on Folsom Street.  I was feeling awkward and said I’d wait for her in the other room. After her meeting with Norman was over they both walked out and again Norman remembered me and again asked what I was doing. He said come here and work for a week and I think you’ll stay and you’ll like it here. Since my temp job was soon to be over I said I’d try it.

My first day on Folsom Street I met Klaudia who was the head seamstress. She was so nice, funny and made my nervous “deer in the headlights” self feel welcome.

I started as a “glue girl” for a few days then trained on the machines. I was so happy to be surrounded by like-minded people but still felt unsure of being accepted into this special environment.

Working at the 3rd street factory was full of interesting experiences. After a few years production sewing I remember being called into the front office and was nervous about what might be going on. Tony Sugden and others were around me and asked if I’d like to go to Norman’s studio on Maui, Hawaii and work with him to help make the prototypes for the new collection. I was stunned…what an opportunity, but I was scared. Norman was an interesting man that most of us had little contact with so he was mysterious. I went and was welcomed by Norman and his partner Camille, and her daughter “Poco” (Racheal) who were so nice and after a party at their friends on the coast Norman and I talked for hours and the ice was broken.

When we started the design process Norman introduced me to Skip Armstrong. He was to help make and cut out patterns for me to sew. He was from La Selva Beach CA where I spent most of my summer vacations as a kid and teenager. One summer on our vacation my dad was body surfing (he had been a long board surfer in high school) he got to talking with them and invited them to our picnic area and my Mom feed them. My sisters and I were impressed with these cool surfer dudes. Skip was one of them. Small world! I stayed on Maui for about 6 weeks and had Thanksgiving with Norman’s family at his parents chicken farm. I brought back prototypes and trained the sewers to produce them. I made a few other trips too for other collections too.

Some of my closest friends are from East West days. Kerry Zapel, Janis Reed, Caprice Chapman, Carol Arena, my sister Maureen, Carrie Hesler and Tim Underwood who I meet at East West and lived with for many years.

Norman and I have stayed in close contact over the years and I have gotten to know his wonderful son John, too.  Truly a unique one-of-a-kind experience and I got a slice of it in my life! Thank you!!!!